Burbank Teachers Association (BTA), founded in 1930, began with only 150 members. BTA became a local affiliated association of the National Education Association on September 1, 1975.

June of 1978 marked a historic vote when a rival teacher organization, the Burbank Federation of Teachers, tried to unseat BTA as the exclusive teacher representative. The Burbank teachers voted overwhelmingly to keep the Burbank Teachers Association as its bargaining representative with the school district. In the balloting, 405 teachers out of the 624 who voted, supported the BTA.

Now the organization has grown to over 830 members with an executive board of twelve elected members who work to insure all members’ rights are safeguarded and to promote measures they believe will benefit schools and pupils.
BTA has been proudly serving its members for over ninety years. 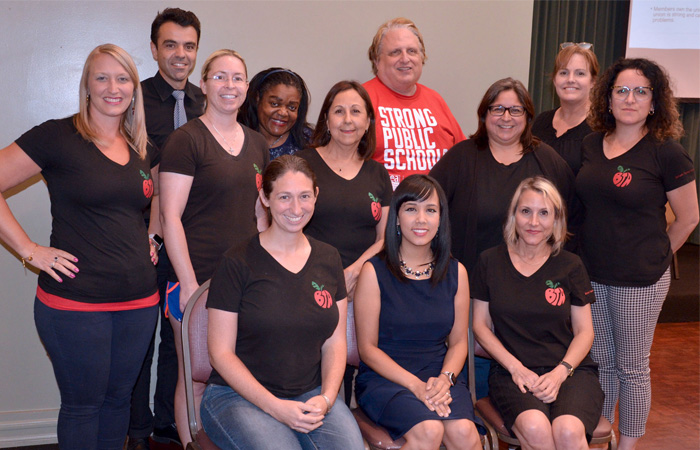